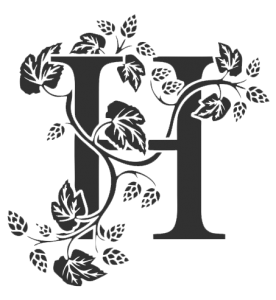 With summer well and truly underway, August brings us one of the greatest sporting rivalries since its beginning way back in 1882. Nearly 150 years later, millions will be watching over the next few weeks to see who will bring home the title. Yes, that’s right, it is time for the Ashes 2019 and here at Hogarths we have everything set for you to enjoy the world’s greatest cricket in your favourite gin palace.

Where It Did All Begin?

For those of you who are unaware of the history of the ashes, it is believed the term ‘ashes’ was coined after Australia won the test series back in 1882-1883. With Australia winning on English soil, at the Oval, the media went crazy and vowed that the next series would be a ‘quest to regain the ashes’. However, the term died off in later series but was globally revitalised from 1903 when Pelham Warner claimed he would take the England team to Australia to regain ‘the ashes’ and since then the phrase has stuck and has been its name ever since.

What Are ‘The Ashes’?

At the start of ‘ashes’ history, when England won two of the three tests on the Tour in Australia, a small urn was presented to England by a group of Melbourne ladies. The contents of the urn are said to be the ashes of a wooden bail and humorously described as the “ashes of Australian cricket”.  Since then, the urn is presented to the winning team who win the majority of the tests in the series. If the series is drawn, then the urn goes to the team who held the ashes in the previous tournament. Whether the urn still contains the same ashes is a mystery to this day, but wouldn’t it be amazing if the urn held actually contained remains of the wicket from the first tournament over 150 years ago!

With the first test at Edgbaston, luck is set in our favour as England haven’t lost a test at Edgbaston to a team in over 11 years. Captained by the amazing Joe Root and teamed with the stars of Ben Stokes and Jonny Bairstow – the England team is looking stronger than ever so let’s hope that the ashes are coming home and we show the Aussies who really are the keeper of the ashes!

Catch all of the ashes action in your local Hogarth’s, with our glorious gins, brilliant beers and fantastic flat screen tvs – we have everything you need to make this ashes the best one yet!